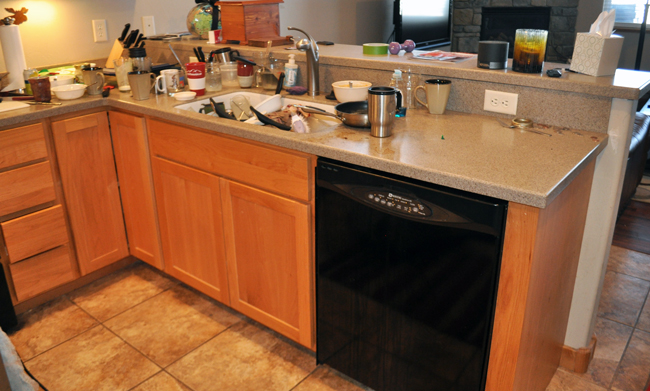 A couple weeks ago my dishwasher started going on the fritz. Eventually it quit working and so the dishes started to pile up like you can see in the picture above! Long story short, I found a used dishwasher to replace it on Craigslist and installed it in hopes to have a dishwasher that worked. Well, after installing the newer craigslist dishwasher I found that it leaked more than the titanic and sounded like a jet engine. And not a regular jet engine. One that just sucked mother goose into the turbine and sounds like it is going to blow up. The young man who sold me the dishwasher told me it worked flawlessly. So, I'm going to give him the benefit of the doubt. Perhaps he was hard at hearing and his family of pet ducks enjoyed the ponds created by the dishwasher. Nonetheless, I had to tear out the replacement and find another one. So, on we go.

The first step when removing any dishwasher is to turn off the water supply. You will find the knob under the sink. 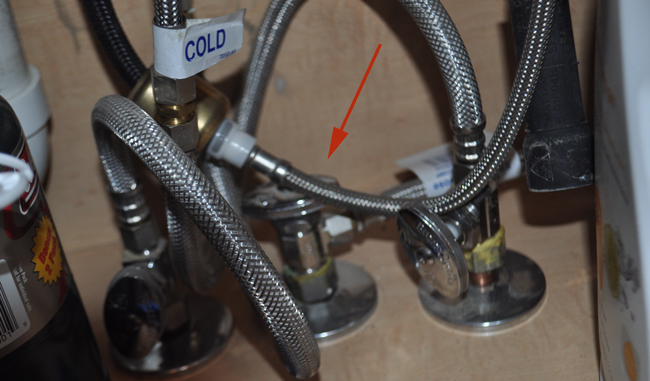 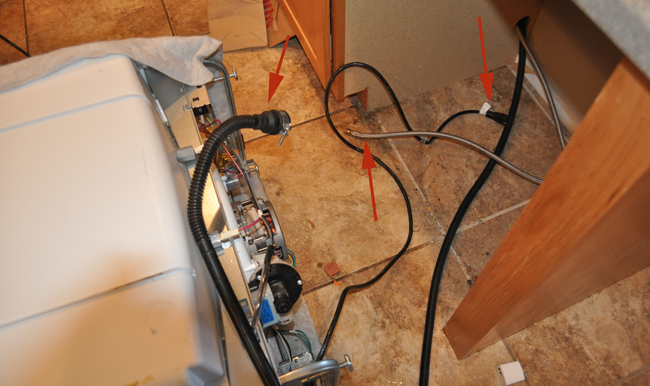 After removing my original dishwasher I put in the replacement. This is the one that ended up leaking and sounding like a jet engine. It had multiple leaks and something was definitely wrong with the motor. They were asking $150 for the dishwasher on craigslist and I talked him down to $125. If it had worked I'd have had a great deal. Unfortunately it was a lemon. Oh well. 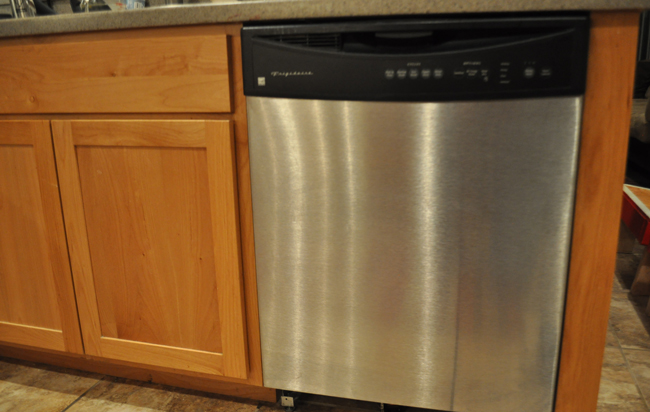 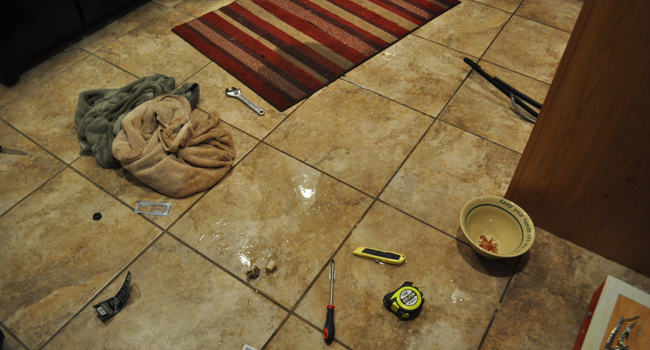 My entrance was starting to look like a dishwasher repair center. Here are the first two washers that are on their way out. 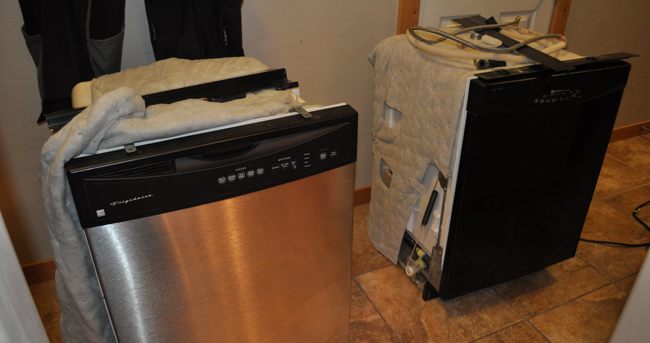 Well, onto the next dishwasher. I found this one on Craigslist as well and the brand caught my attention. I know Bosch makes awesome appliances so I decided to take a look at this one. I called the number on the ad and got to meet Jim, a great guy who also does woodworking. He ensured the dishwasher would work. So I picked it up for $200 cash and was on my way. This one didn't have an electrical cord with it so the first step was to hook up a cord. 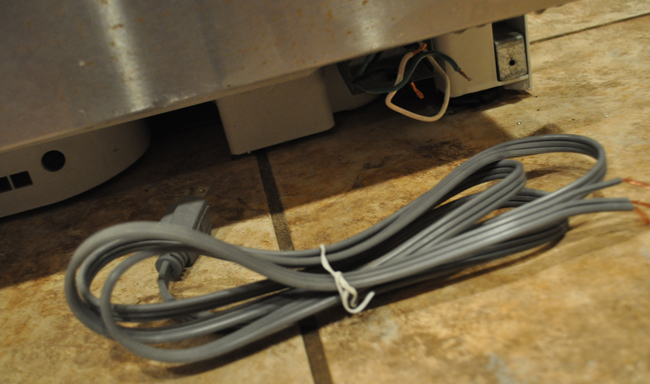 After hooking up the electrical cord I connected the water supply and water return hoses. I then slid the dishwasher into place and turned the water supply back on. Next, I leveled the dishwasher using the adjustable feet and then attached it to the top using the metal brackets. I first cut the bracket so the washer would fit in opening. (The previous owner attached it to the cabinets from the side. It worked better for me to attach the dishwasher to the underside of the counters. 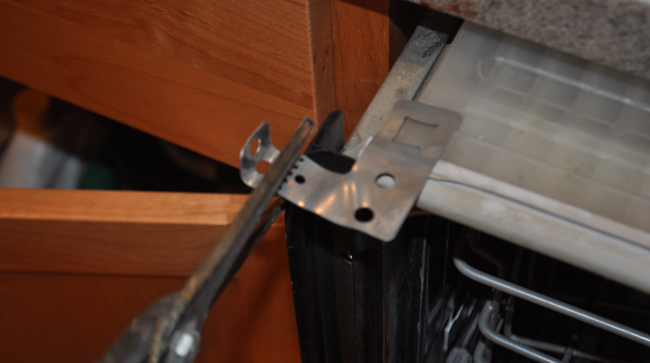 The Bosch dishwasher was easy to install and only took about 20 to 30 minutes. Once installed it was time to clean up the dishwasher a bit. You'll notice the stainless steel has rust on it in these pictures. 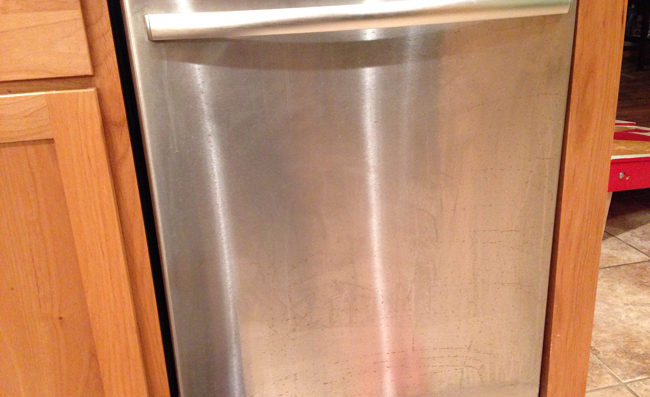 Here is a closeup of the rust. 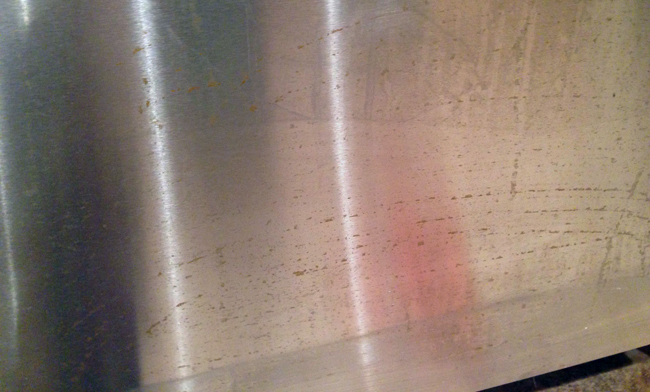 I did a little google searching and found a few methods to remove rust from stainless steel appliances. So, I tried them out and here is the method that worked the best. Pour a little white vinegar on a microfiber towel along with some baking soda. Wipe the solution on the dishwasher with the grain of the steel. I went from left to right. Do not use a scour pad because it will scratch the stainless steel. Vinegar alone did not remove the rust, but once you add the baking soda the rust comes off quickly. A little elbow grease and I had the rust removed in about 10 minutes. 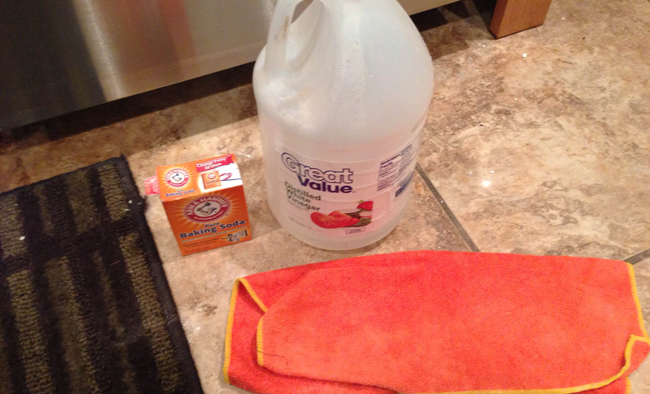 I dabbed the microfiber towel in vinegar and then sprinkled a little baking soda onto the damp area of the towel. 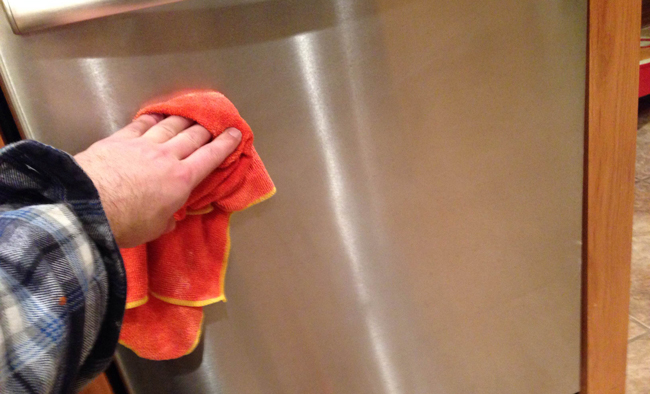 No more rust! I also didn't need to buy any chemicals or expensive rust removers! 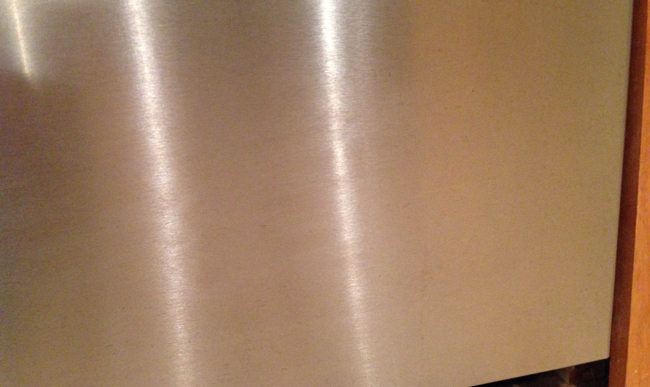 After removing the rust I applied a little bit of baby oil to a clean microfiber towel and polished up the surface of the steel. It shined everything up and made the stainless steel dishwasher look brand new. 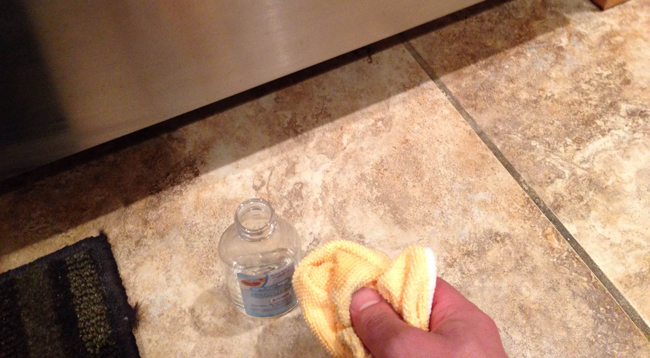 Here is the installed Bosch dishwasher after being polished. It looks great, is super quiet, and works amazingly. Thus, I now have a great dishwasher and feel like I could replace dishwashers for a living with all the experience I got in the last couple of days. And no.. that will not happen:) 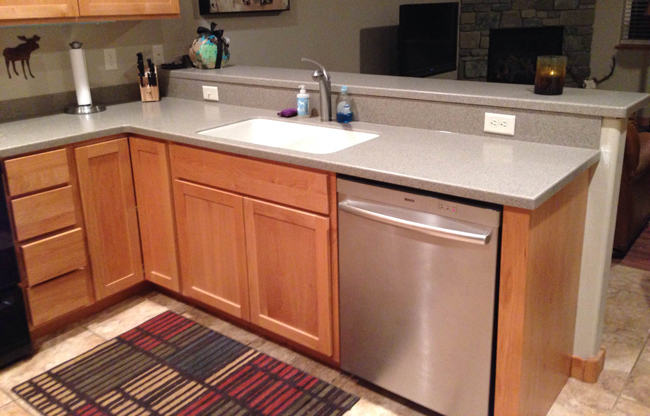 One other tip — My sink gets stained from coffee grounds and food. It looked so bad that I needed to do something. So, I put the stoppers in the drain and filled both sides of the sink with hot water and added a little Oxyclean. I waited 30 minutes, drained the water, and scrubbed the sink a bit with a non scratch pad. The sink turned white as could be and made it  look like a million bucks. I forgot to take a before photo, but here is the after. 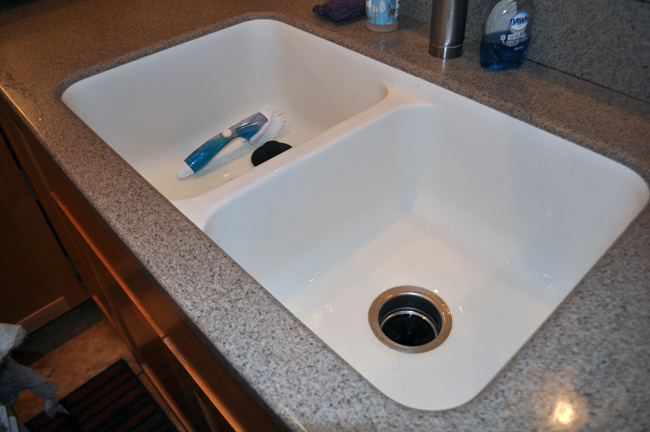 Well, the job is complete. The new dishwasher is in place and now I have to figure out what to do with the other two. I know Pacific Steel and Recycling will take appliances and actually give me a couple bucks for them. I think that is what I'll do! 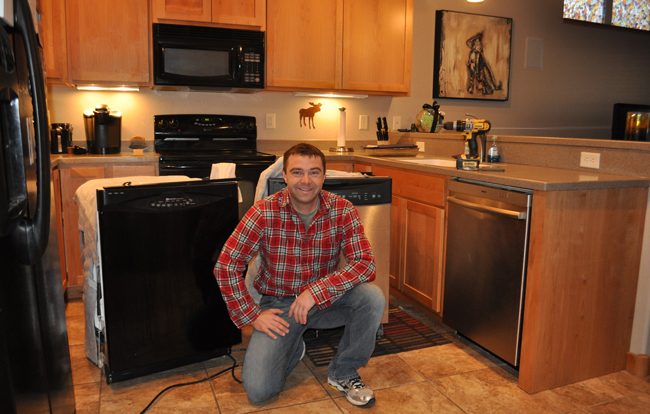 Cheers and have fun with all of your projects!