How to Make a DIY Giant Jenga Game

Learn how to build a Giant Jenga Game. This Jenga game is the perfect yard game and we built this for my younger brother, Sam, and sister-in-law's, Lindsay, wedding. The Jenga Game is an easy DIY project that you can accomplish in just a couple hours and can be built out of recycled 2″x4″ boards or a few new 2″x4″ boards.

In this tutorial you will learn how to make a DIY Giant Jenga Game. Be sure to watch the video (above), as it shows a lot more of the how-to steps and details of this project. 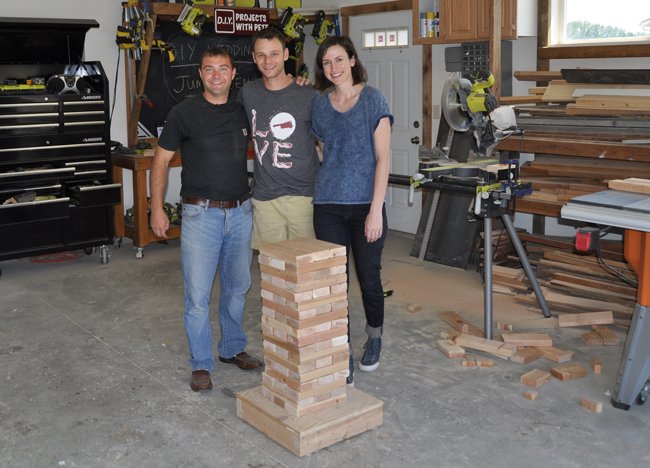 Threaded Feet for base
Cost: About $3 for a pack of 4 from local hardware store 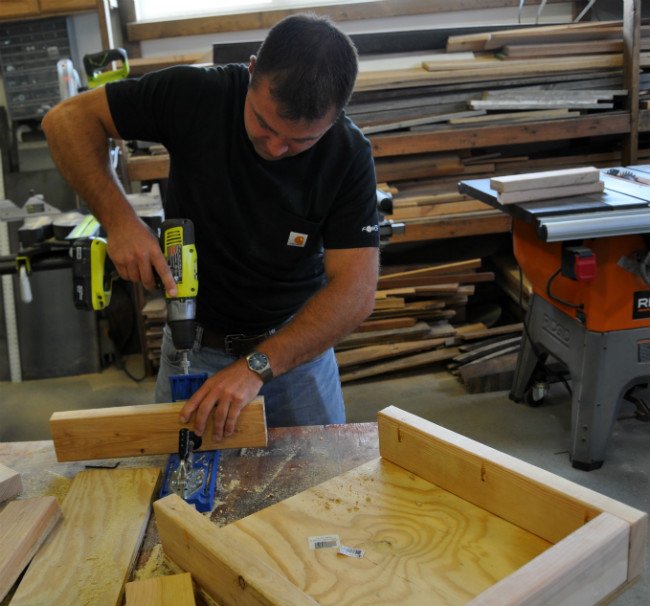 We then screwed holes and attached the threaded self-leveling feet on the platform. 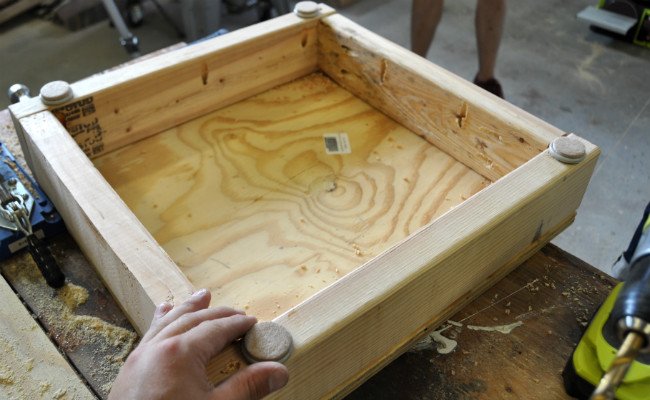 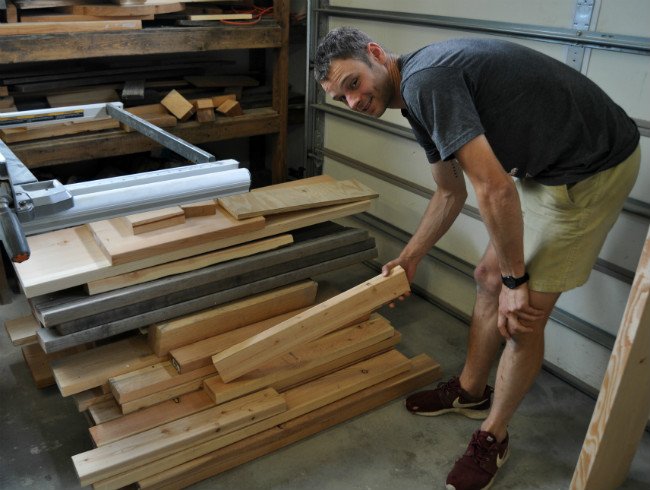 Using either an orbital saw or a benchtop belt sander, we sand each piece smooth on the ends and the sides. We had a pretty good assembly line going between me cutting the pieces and passing down the line to my brother and his fiance who were sanding. 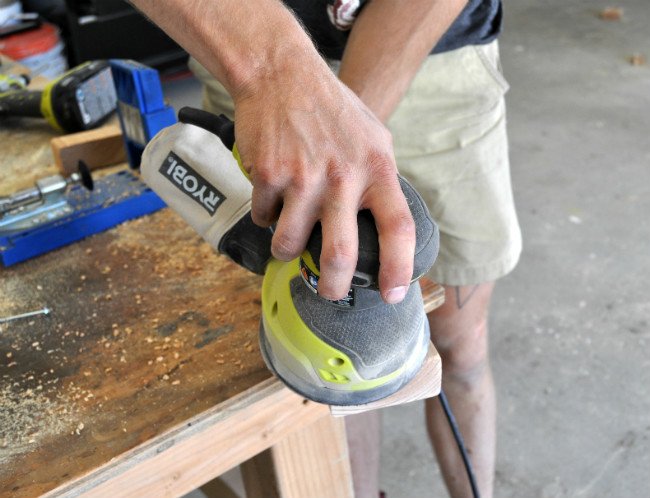 Step 4: Stack the Jenga Pieces up

Place your constructed plywood and 2″x4″ platform on the ground and stack up the 2″x4″ Jenga pieces in rows of 3, alternating the direction of stacking every layer. 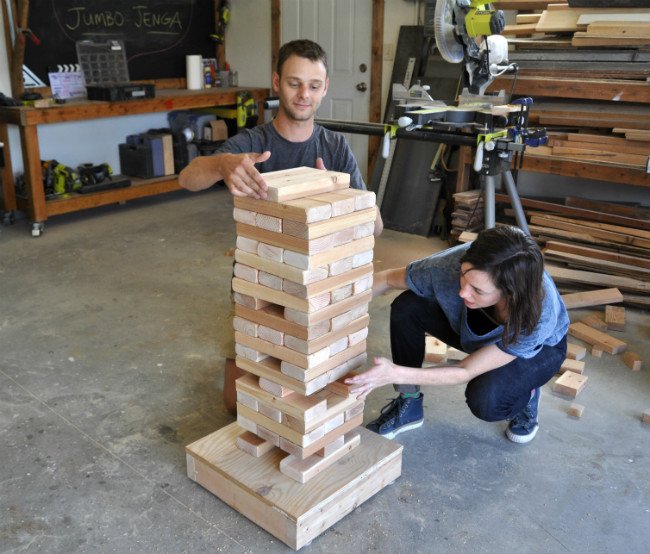 This is a great, fun project to make with a friend or family members. This Giant Jenga Game is a hit at wedding receptions, family reunions, bbq's, or any other get together. See how long you can play until it all falls down! Have fun and build a DIY Giant Jenga Game! 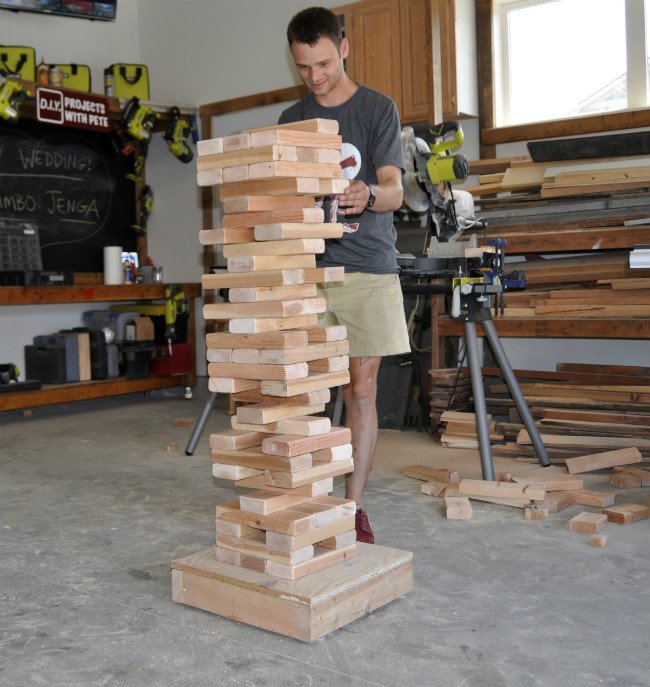 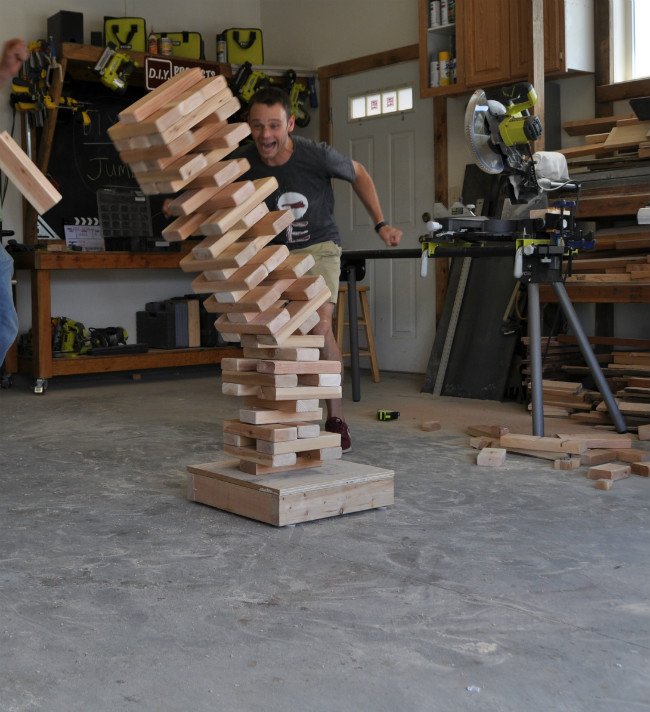